Ancient City of Jiaohe, an Urban Relic with a History of More Than 2000 Years

The ancient city was the capital of the former Cheshi State. An Indian proverb says, ‘Intelligence is bound to exist where two rivers meet’. Jiaohe, meaning in Chinese where two rivers meet, is such a place. According to historical records it was home to 700 households, 6500 residents plus 865 soldiers. 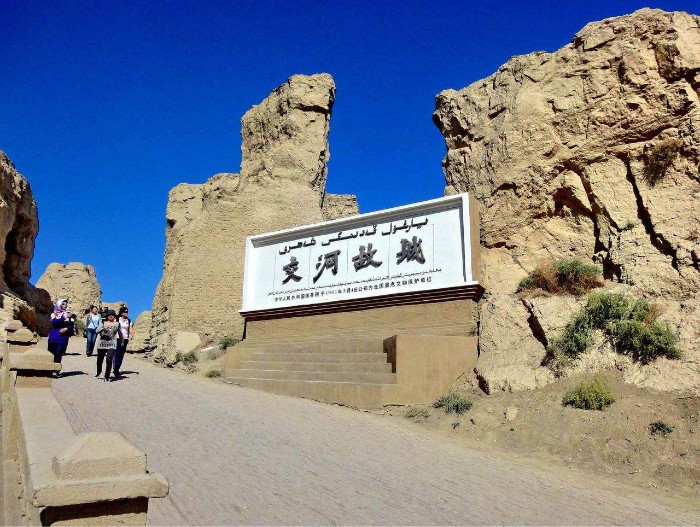 Jiaohe distinguishes itself from other ancient cities owing to three features. First, it had only two city gates, the South and East Gates. The main South Gate vanished long ago, leaving a huge breach. The East Gate cut by the cliff was virtually non-existent. Second, the city faces cliffs on three sides, so there are no city walls commonly seen in other ancient cities. Third, all the buildings were dug from earth, and wood was rarely used. 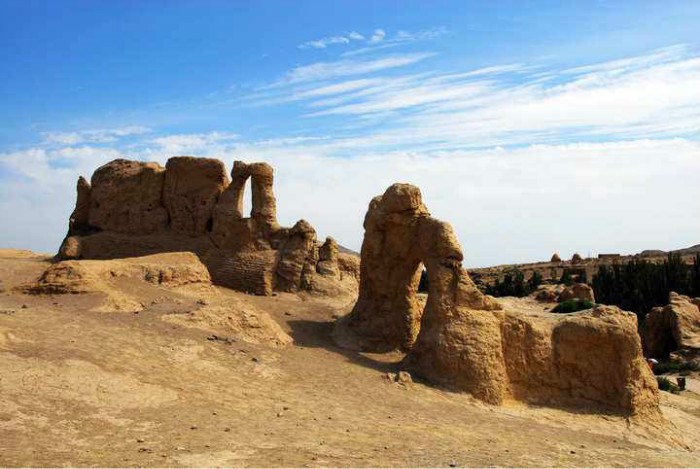 The central avenue, 350-meters (1148.3-feet) long, runs north from South Gate, separating the city into three parts; namely, residences for common people, temples, and residences for aristocrats.To the west of the avenue, low buildings with sparse small temples were residences for commoners, while the high ones in the east were for aristocrats and troops. At the end of the avenue stands a large well-preserved Buddhist temple, Jiaohe Temple, with an area of 5,000 square meters (53,824 square feet).

The relics we see today featured Tang Dynasty ( 618-907) architectural style. Houses were dug downward from the earth, and as no house gates faced the streets, military defense was apparently priority. 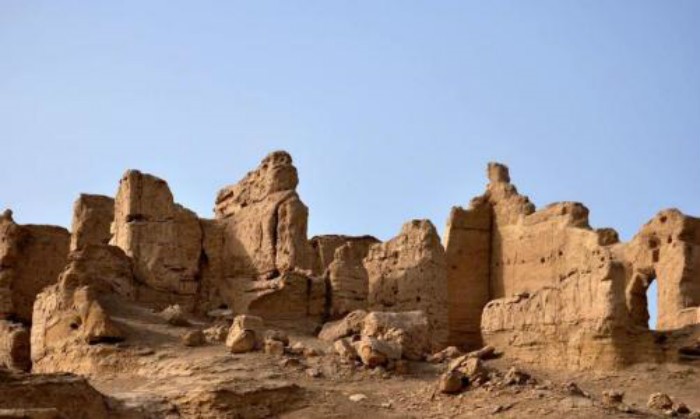 At the end of the 8 Century, the city was tossed into the reigns of the Turpan, Hui, and Mongols. Residents fled from the destroyed city continuously until in the beginning of the 14 Century, the city was abandoned, as was its glory and prosperity of over 2000 years. Miraculously, owing to the arid climate and remote location, the ancient city of Jiaohe remains intact, leaving us a rare exemplar of an earthen castle.

Sericulture and Silk Craftsmanship of China, Originated in China
Birthplace of Yellow Emperor, the Place Where Yellow Emperor Was Born
88-year-old Wood Engraver Carves Name in History Books
How Large is the “Greater Wuhan”?