Join one festive event during your visit in Tibet and it will surely add more to your memory of the snowland.
Tibetan New Year is the most important festival there. It is an occasion when Tibetan families reunite and expect that the coming year will be a better one. Known as Losar, it starts from the first to the third day of the first Tibetan month. Preparations for the happy event are manifested by special offerings to family shrine deities, painted doors with religious symbols, and other painstaking jobs done to prepare for the event. People eat Guthuk (barley crumb food with filling) on New Year’s Eve with their families. Eating Guthuk is fun since the barley crumbs are stuffed with a different filling to fool someone in the family. The Festival of Banishing Evil Sprits is observed after dinner. Signs that the New Year is approaching when one sees lit torches, and people running and yelling to get rid of evil spirits from their houses. Before dawn on New Year’s Day, housewives get their first buckets of water for their homes and prepare breakfast. 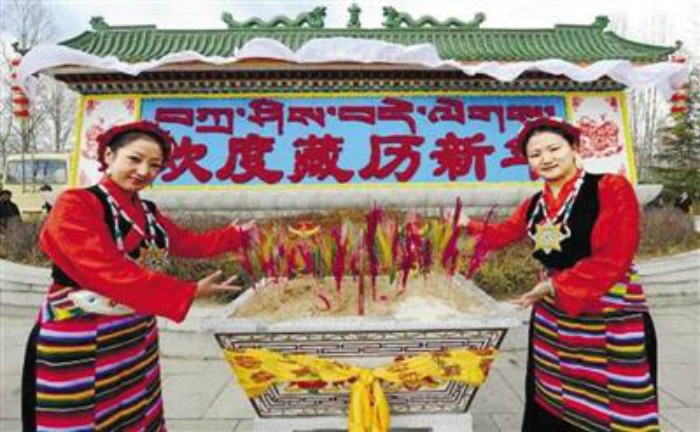 After breakfast, people dress up to go to monasteries and offer their prayers. People visit their neighborhoods and exchange their Tashi Delek blessings in the first two days. Feast is the theme during the occasion. On the third day, old prayer flags are replaced with new ones. Other folk activities may be held in some areas to celebrate the events. 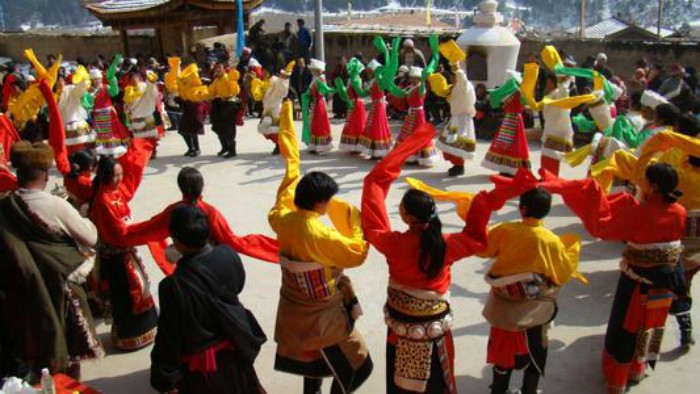 Religious dance in Great Prayer Festival Monlam, the Great Prayer Festival, falls on the fourth up to the eleventh day of the first Tibetan month. The event was established in 1049 by Tsong Khapa, the founder of the Dalai Lama and the Panchen Lama’s order. It is the grandest religious event in that area. Religious dances are performed and thousands of monks gather for chanting before the Jokhang Temple. Examinations taking form of sutra debates for the Geshe degree, the highest degree in Buddhist theology, are also held. Pilgrims crowd to listen to the sermons while others give religious donations. 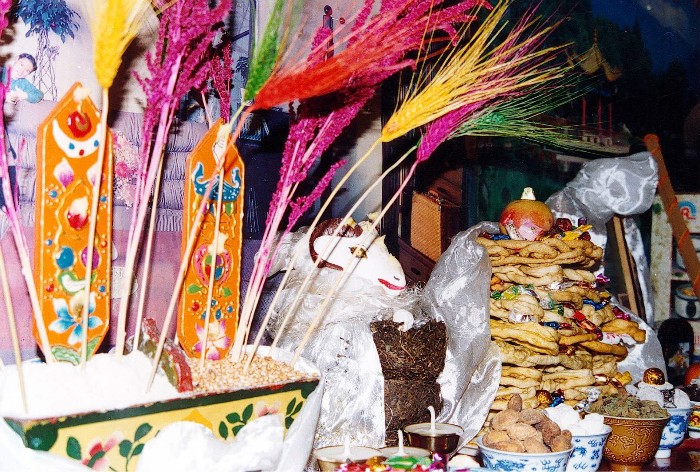 The Butter Lamp Festival, Chunga Choepa in local language, falls on the fifteenth day of the first Tibetan month. The event was also established by Tsong Khapa to celebrate the victory of Sakyamuni against heretics in a religious debate. Giant butter and Tsampa sculptures varying in forms of auspicious symbols and figures are displayed on Barkhor. People keep singing and dancing throughout the night.
Butter Lamp Festival On the fifteenth day of the fourth Tibetan month is Saka Dawa. The day is believed to be the time when Sakyamuni was born; stepped into Buddhahood, and attained nirvana. The locals believe that a merit is an accumulation of a myriad of merits from previous days, months or years. People refrain from killing animals by liberating them and abstain from eating meats. Sutra chanting, prayer turning, Cham dancing and other religious activities dominate the occasion. Offering sacrifices to the female deity enshrined in the temple on the islet of the Dragon King Pond, boating in the pond and picnicking add more to the festive mood.

The Marriage Market in China, Finding the Perfect Partner
50 Moganshan Road Art Gallery in Suzhou
The RED in Chinese, Auspicious and Festival Happiness
Qingyan Ancient Town, One of the Most Famous Historical Towns in Guizhou