Chaohu lake is mainly located in Hefei, the capital of anhui province, and is shaped like a bird’s nest, hence its name. Known as one of China’s five freshwater lakes, taihu stretches across three counties in hefei, central anhui province. Chao lake has its own charm, namely the temple temple, mushan island, niujiao great heat, yinping mountain. 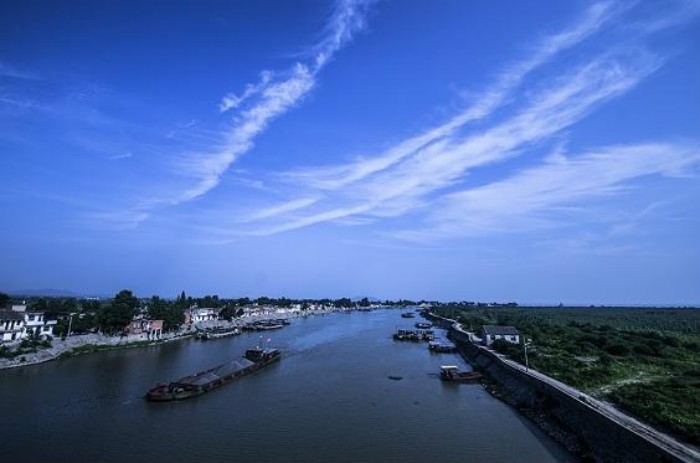 Chaohu lake is located in the lower reaches of the Yangtze river system with 35 tributaries. As a result, it extends 54 kilometers (34 miles) from west to east, averaging 15 kilometers (10 miles) from north to south. When rainfall is sufficient, the water surface area can reach about 825 square kilometers. 320 square kilometers. Miles). The lake is basically calm and clear; A cool breeze brushed the visitors’ faces as they walked along the bank. The tall reeds swayed in the breeze. The mountains around chaohu lake add to its beauty. Vast lakes and verdant mountains attract writers and scholars throughout Chinese history.

There are many tourist attractions around the big lake. In the north, there are zhongmiaomiao, binhu wetland forest park, changlin river ancient town, yuewan park, guishan park. Niujiao daoxu ecological park is located on the west side of the lake, and yinping mountain is located on the east side of the lake. On the south bank, there are sanhe ancient town and the tomb of shengqiao.

On the north bank of chaohu lake, a middle temple stands on a boulder jutting out of the lake. It was built during the han dynasty (202 bc-220 AD) and has undergone several renovations. This one now looks down on a huge rock, with water on three sides. Along the central axis, 75 meters (80 yards) long, there are three magnificent buildings, including the gate palace, the main hall and the buddhist sutra pavilion. The bright red temples stood out against the blue water.

Facing the temple is musan island in the center of the lake, about 3.5 kilometers (2 miles) from the temple. You can take a yacht or sightseeing ferry to the island. Musan island is an oval shaped island covering 85 hectares (210 acres). From a distance, it looks like either a snail or an oasis in a vast ocean. There are now three pavilions and three hills on the island. About four hundred years ago, a seven-story wenfeng tower was built on the highest mountain. There are 802 Buddha statues and 25 stone tablets.

Mushan island is the largest island in chaohu lake. The ait was formed by a violent volcanic event 100 million years ago and is associated with a legend. It is said that when the field collapsed and turned into a lake, an old woman named jiao mu warned the villagers of the danger and then ran up the hill to avoid the disaster. In her memory, the mountain was called mu shan, and she was honored in the zhongmiao temple. This lake is also called coke lake.

Most of the wide roads around the lake have bike lanes. So stop hesitating and enjoy riding in chaohu lake! There are bike hire spots by the lake. In spring, rape flowers bloom along the surrounding road, adding more joy.