Fengdu Ghost City is one of the most popular attractions. With its famous construction and display of the “ghost” and “hell” culture, as well as the important dissemination function of the traditional values of Confucianism, Taoism and Buddhism, as well as the values of “good will be rewarded with good, evil will be rewarded with evil”. Located in Mingshan mountain (mingshan), on the north bank of the Yangtze river in Fengdu city, Chongqing, Fengdu city ghost town is almost a must for Chongqing tourists. It is not only a “national AAAA tourist attraction”, but also a “cultural and historical city” in ancient han dynasty, with a history of nearly 2000 years.

There are no ghosts in the Fengdu Ghost City. Among all the versions about the formation of Fengdu Ghost City, the most told is the story about immortalization of Yin and Wang. According to the legend, two people called Yin Changsheng (阴长生) and Wang Fangping (王方平) came to Fengdu to try to cultivate vital energy and later became immortals. People later in Tang Dynasty misnamed them “Yinwang” by combining their family names of “Yin” and “Wang” together into “Yinwang”, which means the “King of Hell”.

Therefore, Fengdu Ghost City got its name. Afterwards, with the non-stopping renders in the literary works for long time, the reasonable combination of Chinese culture about ghost with the Buddhism, Taoism and Confucianism, the mix of local Ba-Yu culture and others from the external regions, the collision of multiple art styles of architectures, sculptures and paintings, the well-known “Culture of Ghost City” finally came into shape, and Fengdu Ghost City is treated as the “destination for the soul of deceased people”. 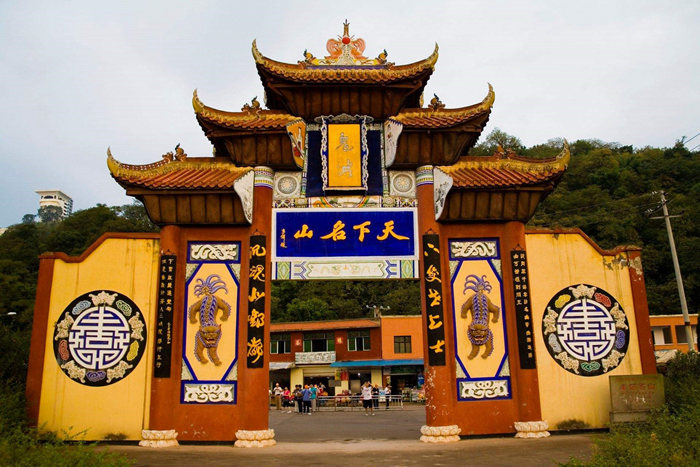 Why Do Chinese People Like Hairy Crabs So Much
Qiyun Mountain - One of the Four Famous Taoist Mountains in China
Beijing 798 Art Zone, One of the 22 Most Famous Landmarks in the World
Memorial Temple of Lord Bao, Statue of Bao Zheng