The Heptachord Terrace was built in honor of the sincere friendship between Yu Boya and Zhong Ziqi during the Song Dynasty (960 – 1279).Heptachord Terrace, or Guqin Tai to give it its Chinese name, is located in the north of the Hanyang District of Wuhan City, Hubei Province. It is situated at the west of Tortoise Hill and on the bank of the Moon Lake.

The Heptachord Terrace is a reminder of the legend of Yu Boya, who was a famous official who lived in the Jin State during the the Spring and Autumn Period (770 – 476B.C.), and was an expert heptachord player. One day, Yu Boya played two pieces of music on his way home by boat from an official visit to the Chu State. One was a composition called ‘High Mountain’ and the other ‘Flowing Water’. To Yu Boya’s amazement Zhong Ziqi, a woodcutter, understood and appreciated his music. Yu Boya admired Zhong Ziqi’s musical attainment and after a long conversation they became bosom friends. Since Yu Boya had to return to his state, they agreed to meet again in the coming year. Unfortunately, Yu Boya found that his friend had died from a disease before their planned meeting could take place and understandably he was deeply grieved upon hearing the sad news. Upon setting up an altar near his friend’s grave and burning incense there, he played ‘High Mountain’ and ‘Flowing Water’ once again. The emotion of the music was so strong that it was as if the rivers and the mountains were crying. When he had finished playing, the distraught musician broke his heptachord to pieces. From then on, Yu Boya never played again. 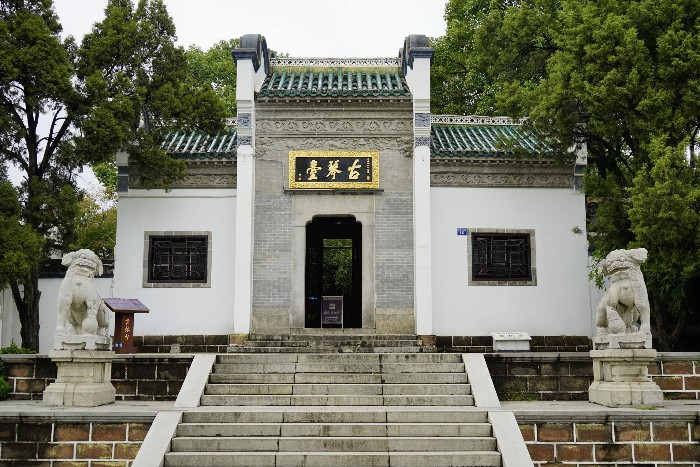 The Heptachord Terrace is surrounded by water on three sides. The scenery is very beautiful. In addition to the stone platform, there is a hall called “high mountains and flowing water” standing on the site. Other recreational facilities in the area include courtyards, teahouses and botanical gardens. At the entrance of the seventh harmonic stage, you will see a colorful glazed tile hall with the words “Guqin stage”. When you go to the north, you will see a screen facing the door with the Chinese characters written by Emperor Daoguang of the Qing Dynasty (1875-1909). Through a small door on the east side of the screen wall, a winding corridor is in front of you. Here, you will see many stone carvings and inscriptions to commemorate the restoration of the Heptachord Terrace. On the west side of the corridor is a seven corner hall, in front of which is a white marble terrace. It is said that Yu Boya plays his musical instrument on this platform. There is a wax exhibition, which depicts how the two became good friends. At the same time, there is a white marble statue of yuboya playing the seventh chord. 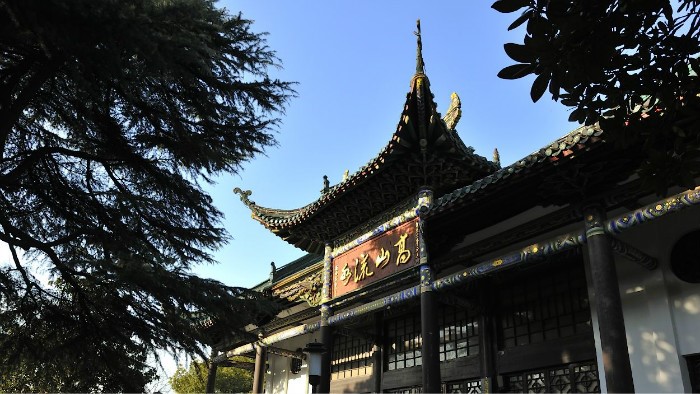 Avenue of Stars, a Place to See the Most Famous Statue of Bruce Lee
Confucius Family Mansion and Cemetery in Shandong
Ci Qi Kou, Porcelain Village in Chongqing
Huangshan Maofeng Tea, One of the Top 10 Chinese Tea