I grew up on the scenery of the north, thousands of miles of ice, snow floating in the beautiful scene of infinite vision, but very afraid of the minus dozens of degrees of cold. 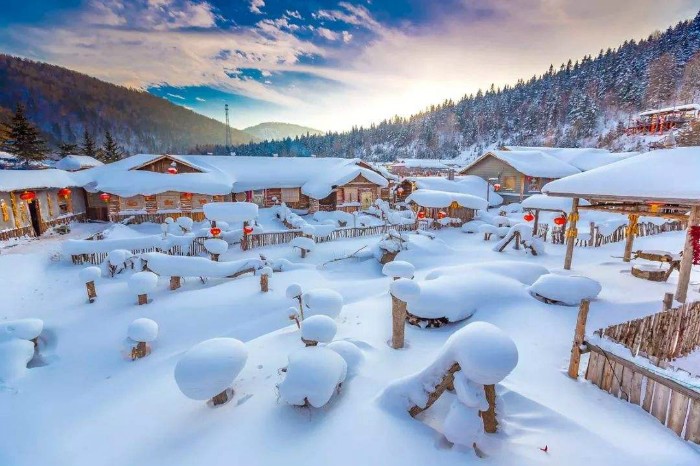 Below to share my experience of this time as far as possible to prepare a ski suit for the children, even if not to go skiing, he is not afraid to climb and roll on the snow. Jacket and outer pants want waterproof better, play snow is not afraid wet. Children buy the kind that can cover their ears to keep warm, pay attention to gloves to buy waterproof because to play with the snow. I also bought extra warm knee pads for the children to keep them warm. Masks can be prepared to get wet easily. 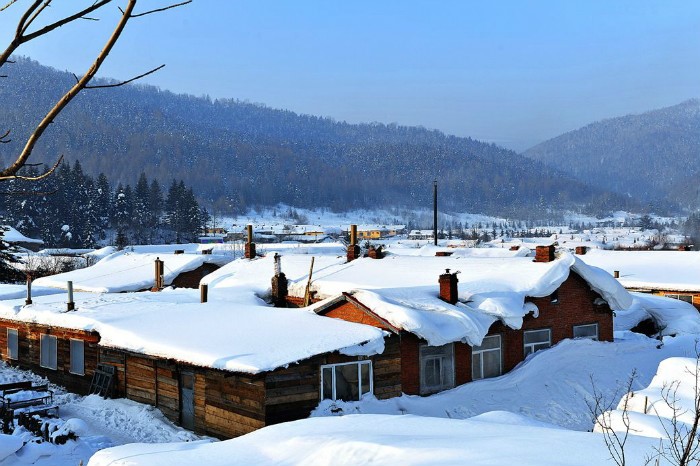 Hagia Sophia is the largest orthodox church in the far east. In the same year, a Russian tea merchant funded the construction of an all-wood church on the basis of the military church. Four years later, a brick wall was built on the outside of the wooden wall to form a brick and wood structure. On September 27, 1923, hagia Sophia was rebuilt for the second time, which took nine years and was dedicated on November 25, 1932. The finished hagia Sophia is a magnificent building influenced by the Byzantine style. The church is 53.25 meters high, has a floor area of 721 square meters and can hold 2,000 people.

It is because of such a number of construction, hagia Sophia has become elegant transcendent, magnificent, with a very elegant, grand style. After visiting the church, hurry back to put on your gear and prepare to fight the big world of ice and snow. Heating insoles add two pairs of thick socks, front chest back each stick two warm baby, 5 shirts, 3 clothes, feel oneself want to burn up. It is said that it is 30 degrees below zero in the world of ice and snow. However, I was lucky to go there on the day when there was no wind, so I could wear more clothes without feeling cold. 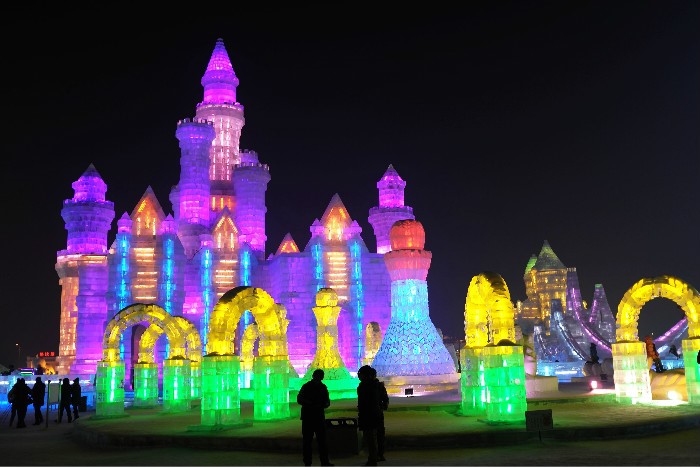 It was nearly 5 o ‘clock in the big world of ice and snow. It was dark and all the lights were on. We were super excited that we had never seen such a spectacular scene. Luckily, the opening ceremony of the ice and snow festival was held in time, but 30,000 people came to join the fun.

Brush the id card can into the garden, inside besides horse-drawn sleigh and small train are free, what is to line up, sit down a small slide will recommend playing projects lined up to 20 minutes will come one morning, at noon play until 4 o ‘clock in the afternoon, patted lights photos can flash people, that is the most efficient, also to avoid the crowds and cold at night. 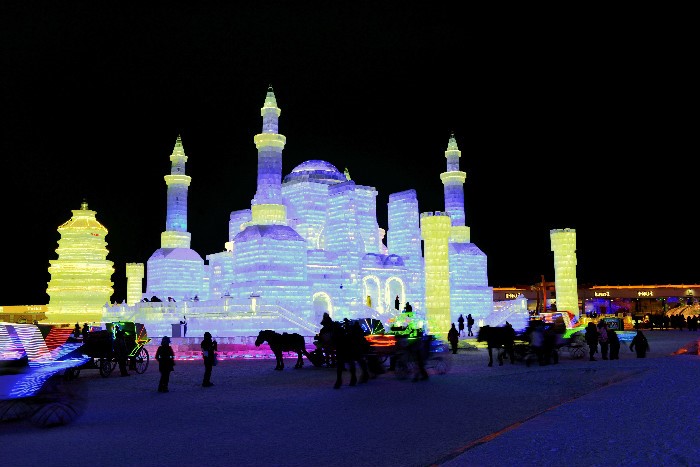 The world of ice and snow is most famous for the world’s longest ice slide, which is over 300 meters long. Aurora slide, as the trump project, has a long queue every year. Since children under the age of 16 are not allowed to play, we have no experience this time. It is estimated that the queue will last at least 2 hours. The 6D show and the harbing show both had to queue for an hour and a half, and the ordinary little slide had to queue too.

Yaburi to the snow countryside is usually by bus or chartered buses, we want to free time point on the chartered buses to the snow countryside, I and the driver said want to go to the ice and snow gallery to see the rime, the driver said the temperature is high this year did not see how snow, suggested I go to the big bald mountain to see rime, the possibility will be larger. This kind of scenic spot all feels not quite formal, 200 yuan/person’s ticket took a snowmobile + snowmobile armored vehicle.

The 5-day trip ended in such a hurry, leaving many regrets! That’s all right, it’s the motivation to go again! Beautiful big northeast, look forward to our next meeting, meet again is the whole family out, take my brother also!