Originating in kunshan mountain of Suzhou, Kunqu opera is an ancient opera, which was listed as “representative of the intangible cultural heritage of mankind” by UNESCO in 2001. Since the late yuan dynasty (mid-14th century), Kunqu opera has a history of more than 600 years and is known as the “ancestor of Chinese opera” and “mother of Chinese opera”. Born in Suzhou, Kunqu opera has strong characteristics of Suzhou culture. However, as it is widely spread in major areas of China, it combines the characteristics of other famous operas in China. In order to provide the best stage effect and artistic beauty, Kunqu opera is particularly outstanding. With its delicate makeup, gentle and graceful singing, elegant movements, and traditional music, it is really a sumptuous audio-visual feast.

Kunqu opera costumes are particularly rich in color and style. In addition to the costumes of yuan and Ming dynasties, costumes similar to those popular at that time, such as the costumes of armed forces and officials at all levels, often appeared on the stage

Kunqu opera originated in southern China and has been influenced by northern Chinese opera. Now the musical accompaniment of kunqu opera also integrates the two regions. Kunqu opera USES many different styles, from ancient dance songs, tang and song poems, to national songs, so the music is traditional Chinese style. In addition, sheng, xiao, suona, three strings, pipa, etc. together constitute a unique and beautiful accompaniment for each kunqu opera.

There are basically five characters in Kunqu Opera, Dan, Sheng, Jing, Mo, and Chou. Each one has their only personal characteristics and is indispensable in this artistic performance. 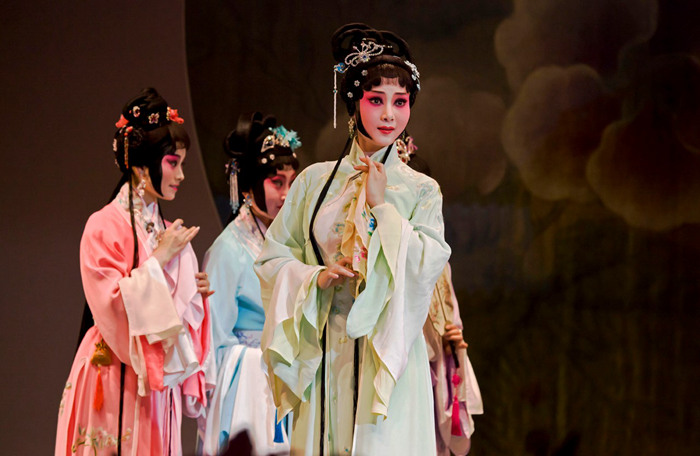 Beijing 798 Art Zone, One of the 22 Most Famous Landmarks in the World
Xiaotangshan Hot Spring, the Most Famous Hot Spring in China
Mukden Palace, the Shenyang Imperial Palace
Epidemic Situation Report in Guilin & Guangxi