Located at the southern foot of qixia mountain near the west lake, the tomb of general yue fei covers an area of 1.57 hectares (3.9 acres). Also known as yue fei temple, it was built in memory of this great hero. 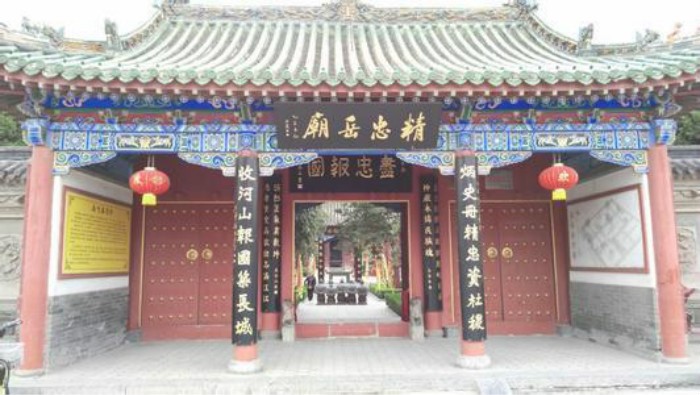 Yue fei (1103-1141) was a native of tangyin, xiangzhou, henan. He was a great general, famous for the war between the song dynasty (960-1279) and the jin dynasty (1115-1234). After he joined the army, he and his army continued to win the war against king. However, after the state of yue regained most of its territory, song gaozong (1107-1187) accepted the plot of qin hui (1090-1155, prime minister of the song dynasty) and surrendered to the state of jin. As a result, he was falsely accused and later secretly killed in prison. The error was corrected a few years later when hyozong (1163-1189) came to power. The tomb was built in memory of the great hero. Yue fei has always been regarded as a national hero.

General yue fei’s tomb has been demolished and renovated many times. The existing one was rebuilt in 1715 during the qing dynasty (1644-1911) and was fully restored in 1979.

Enter the double eaves door of general yue fei’s tomb and you will find a courtyard with towering trees on both sides. The memorial hall is right in the middle. The statue of the Vietnamese general was placed in the middle of the hall. He was wearing a colorful embroidered round cushion. He looked solemn and powerful, with a sword in his hand, and seemed ready to defend his country. Above the statue is an inscription written by yue fei in his own handwriting, which reads “return the country to the motherland and unify the world”. At the back of the hall is a large painting of his life story. On the floor of the hall is a painting of 373 cranes. These cranes are a symbol of his integrity and loyalty.

The Journey to the West in Chinese Literature
Impression Liu Sanjie, the Landscape Live Performance
Chinese Knot, Which Has a Long History and a Symbolic Meaning
Nanwan Monkey Island, a Perfect Habitat for Monkeys