Pingyao County is 58.4 miles southwest of Taiyuan. This small county was noted for some magnificent residences in ancient traditional styles rather than any appeal in natural beauty.When Pingyao was inscribed on the UNESCO list as a World Heritage Site, two temples were added to the town itself as being worthy of preservation.
Shuanglin Temple

Located in the Qiaotou Village about six kilometers (four miles) to Pingyao Ancient City, the Shuanglin Temple is reputed to be the ‘ancient painted sculptures museum’. It houses more than 2,000 colorful sculptures reflecting the exquisite skills of the artisans of the Song, Yuan, Ming and Qing Dynasties. In 1997, it was included in the World Heritage List by UNESCO as an important cultural site of Ping Yao City in 1997.
Reconstructed in 571, the Shuanglin Temple has a history of about 1,400 years. It consists of ten large and small halls, and the sutra chanting hall and the monks’ rooms. 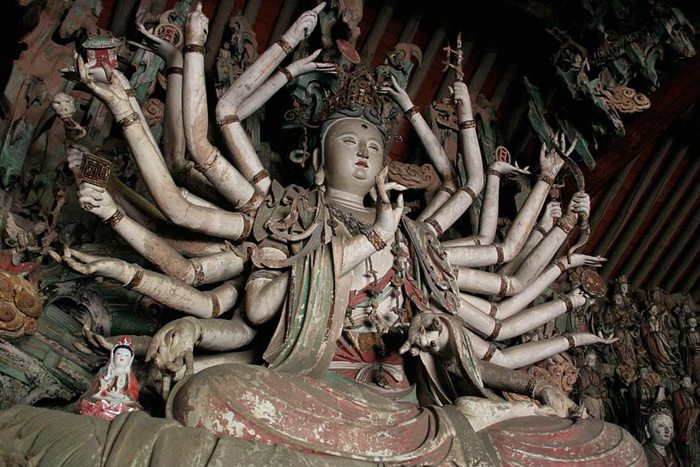 In Chinese, Shuang means two or double, and Lin, forest. The temple got its name from a Buddhist story. According to the Buddhist sutra, Sakyamuni who was the founder of Buddhism, entered nirvana under two trees; Hence, its name Shuanglin.
Most valuable colorful sculptures housed in Shuanglin Temple are made with wood moulds from Ming Dynasty, which kept traditions of the former dynasties of Tang Dynasty to Yuan dynasty. As a part of Pingyao Ancient Town, which is listed a world Heritage site, Shuanglin Temple attracts lots of tourists every year for its long history and profound culture.
Zhenguo Temple 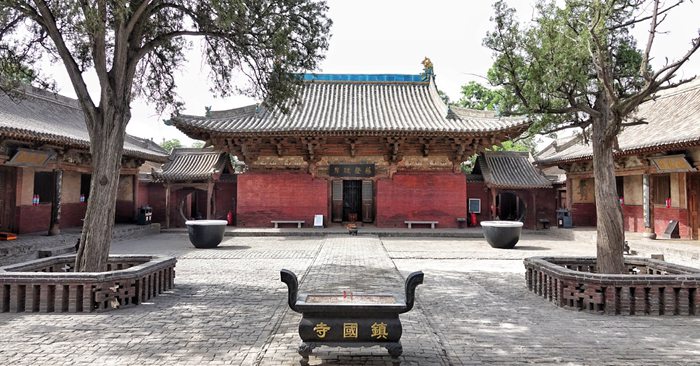 Zhenguo Temple is about 12 kilometers (about 7.5 miles) away from the northeast of Pingyao Ancient City, occupying an area of 10,892 square meters (about 2.7 acres). It was first built in 963 in the Northern Han Dynasty (951 – 979). Its 44 ancient constructions of different periods houses 62 painted clay sculptures, over 100 frescoes and more than 20 stone tablets which truly record the easy fusion of the Confucianism, Buddhism and Taoism in China. The fairy tale of Lu Ban, the ancient carpenter master building the temple adds a desolate mysterious color to the temple. Especially, the original structure of its Ten-thousand Buddha Hall constructed in the Five Dynasties Period (907-960) has never been changed for over 1000 years though it has undergone many restorations in previous different periods. The fine frescoes of the Beiqi Dynasty on the hall’s walls are also rarely seen in China, as provide precious evidences for studying the Chinese development history of architecture and fine arts.
The Thousand Buddha Hall is the oldest architecture in Zhenguo Temple; it is also one of the oldest existing wood-made architecture in mainland China. Different from other wood-made buildings, the whole architecture was miraculously built without nails. It is the rigid structure, strict materials and highly skilled technique employed with principle of statics that make this building stand stably for more than 1000 years. It is the gem of ancient Chinese architectures. 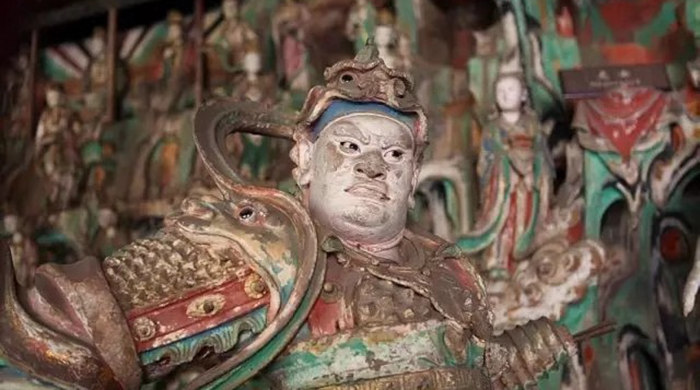 Beihai Park, One of the Oldest and Largest Ancient Imperial Gardens in China
Nest-type Beijing Olympic Stadium, A Cradle Bearing the Hope of Future
The Analects of Confucius, Thoughts of Confucius
Chunxi Road - Shopping Paradise in Chengdu