The 10 Most Famous Temples and Monasteries in China, Some of these temples play an active role in Buddhism

Buddhism was introduced to China during the Christian period, dating back to the western and eastern han dynasties (202-220 BC). The development of Buddhism has exerted a profound influence on Chinese culture in philosophy, literature, art, politics, medicine, material culture and many other fields.

Many temples and monasteries in China have witnessed the development of Buddhism and recorded people’s devotion. Some of these temples play an active role in Buddhism.

Built straight into a cliff 75 meters (246 feet) off the ground, the Hanging Monastery sure earns its name. Beautifully ornate Buddhist prayer houses are supported by long stilts punched right into the cliffside. Narrow bridges and small corridors connect theses houses of worship, but you won’t be able to visit for long. Large numbers of visitors have eroded the efficacy of the buildings’ foundations. Hengshan was built in 491. The fact that it has held up this long makes it an architectural wonder. And if you do get shut out, don’t worry. The temple itself is rather standard. It’s the marveling at precarious buildings etched into the cliff side that makes this temple unforgettable. 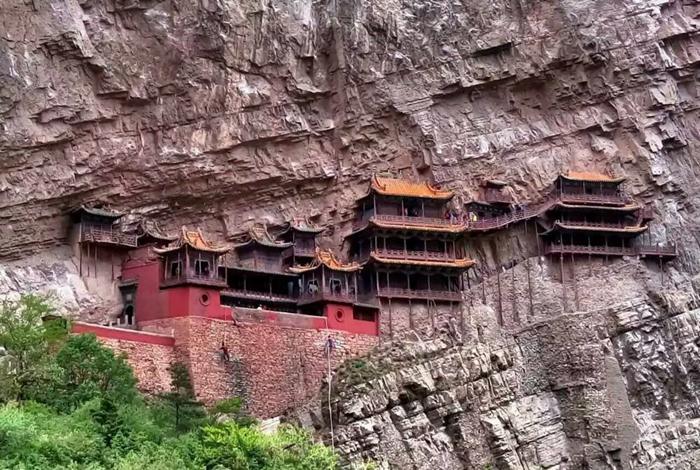 The Shaolin Temple is the main worship temple of the 1,500-year-old Shaolin School of Buddhism. Waves of selfie-seeking travelers fill the halls of this commercialized temple every day. Shaolin, famous for its practice of kung fu, is a bucket list destination for anyone practicing a martial art.The Forest of Steles in Shaolin temple is the largest survived forest of steles in China. Shaolin Temple now is famed for its dazzling Kung Fu Show, which has attracted many tourists from home and abroad. The Wu Shu training center is a sight to see. You’ll be treated to a yard full of kung fu newbies breaking boards and tumbling for the crowds. 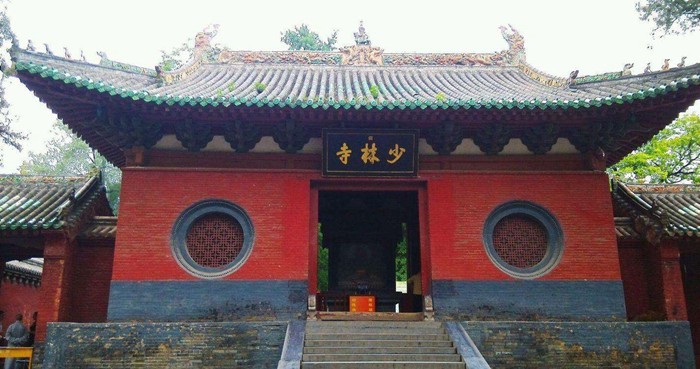 You’ll walk past Buddhist pilgrims prostrating themselves outside the ancient Jokhang Temple in the center of Tibet. Jokhang Temple is the spiritual heart of Tibet and a sacred pilgrim destination for Buddhists for Buddhists. They come to worship at the feet of the 1,300-year-old central golden Buddha statue, the most revered of all Buddha images in the world. The temple is maintained by Gelug School but they accept all different sects of Buddhists to worship here. The dazzling gold roof of the two-story temple houses a visually rich maroon and gold interior. Visit in the mornings when the temple is accessible and surrounded by pilgrims eating yak butter. 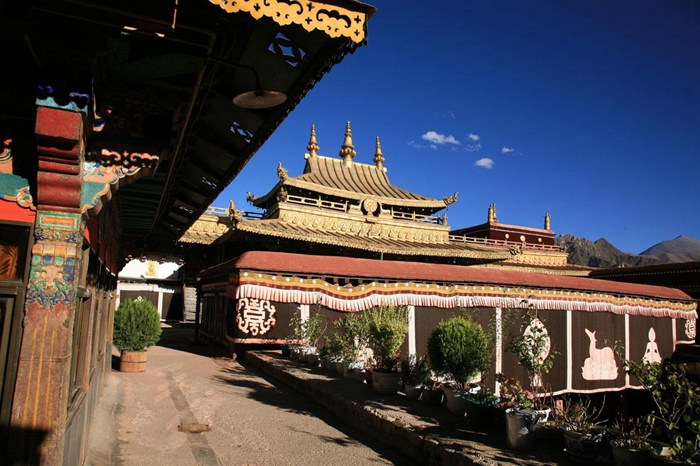 The former residence of Emperor Yong Zheng, the Lama Temple was converted into a lamasery in 1744. If you can only tour one temple in China, make it the Lama Temple. It is perhaps the most famous Tibetan Buddhist Temple outside of Tibet and for good reason. The Lama Temple, in the heart of one of China’s biggest cities, features breathtaking frescoes, a 18-meter (60-foot Buddha) in Tibetan form, tantric sculptures, gorgeous archways, handmade carpentry and dazzlingly ornate roofs. Split into five great halls, you could spend days wondering at the splendor.

In 1983, it was determined by the State Council as the national key Buddhist temple in the Han area. The temple is mainly composed of three exquisite archways and five grand halls. It covers an area of 66400 square meters and has more than 1000 halls. 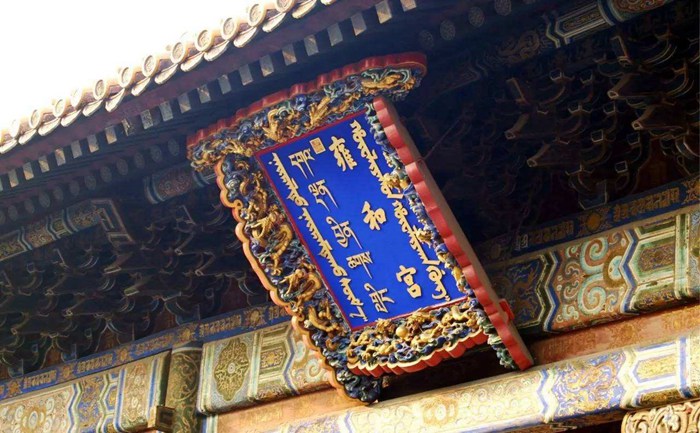 A staggering 2,300 caves are carved into limestone cliffs that extend for nearly a mile in Henan province. The caves house some of the world’s finest examples of Chinese art from the Northern Wei and Tang Dynasties (316-907). A series of metal and limestone stairs can take you to the caves higher up on the cliff side so you can see all 110,000 statues, 60 stupas and 2,800 inscriptions. The statues and Buddhas are carved right out of the limestone that makes up the hillside. Essentially, each cave is an ornate relief that you can physically walk into. Incredibly preserved, this etched cliff sits right on the banks of the Yi River. 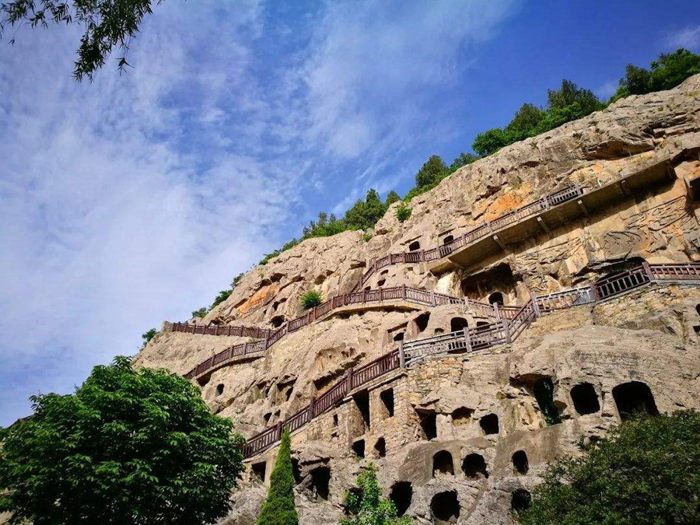 Tradition states that White Horse Temple was the first Buddhist Temple built in China. The ancient temple, built in 68 AD, sits just outside the walls of the ancient Eastern Han capital. It’s an easy visit for Western tourists because all signs are in Mandarin and English.  Numerous halls are opened up to manicured gardens and galleries in this beautiful temple. Note the beautiful statues like the two mythical lions at the entrance, the Jade Buddha, and the world-famous Śākyamuni and Maitreya Buddhas. 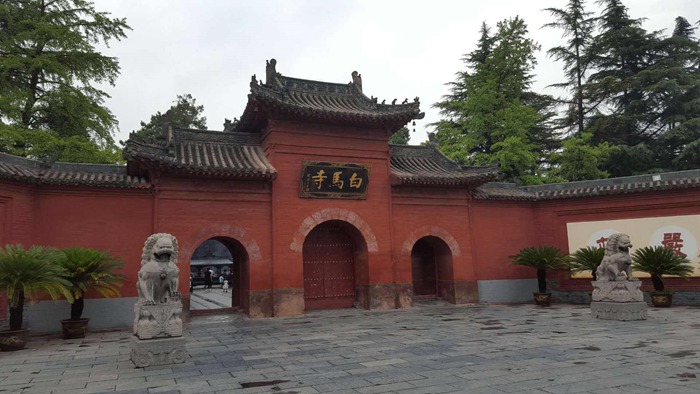 Famen Temple was originally built in the end of Eastern Han Dynasty and has been reconstructed several times. During Tang Dynasty, it became the imperial temple with the large scale and high profile. However, after Ming and Qing Dynasty, it went to the down fall. In 1987, after the opening of the underground palace in Famen Temple, over 2000 cultural relics dating back to Tang Dynasty were found, including Buddha’s relics, gold & silver relics, colored glaze, ceramics, silk, figure of Buddha, and the Finger Sarira of Sakyamuni. The UNESCO described it as the ninth wonder of the world.Famen Temple now can be divided into three parts – Old Famen Pagoda, Namaste Dagoba and Famen Temple Museum and. The Underground Palace was located in the old Famen Pagoda, and three duplicate relics were cherished in the Underground Palace usually.  The Famen Temple Museum is a must to admire the valuable treasures. 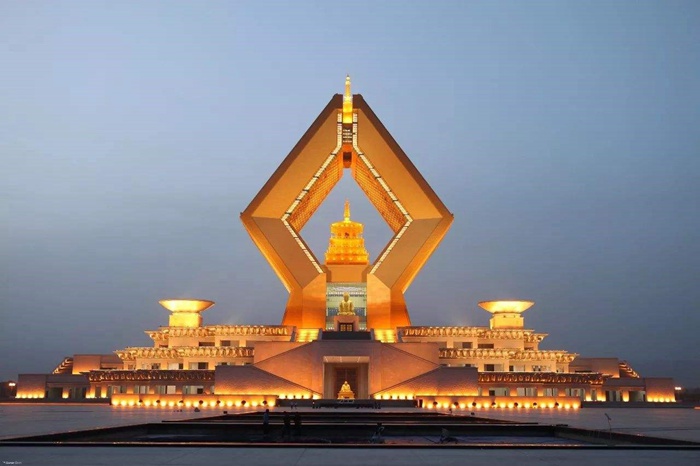 Lingyin Temple, also known as Yunlin temple, is located in hangzhou, zhejiang province, with its back to the north peak and facing the flying peak.

Lingyin Temple was originally built in 326 AD by an Indian monk. When he visited Hangzhou, he was fascinated by the unworldly peaks there. So he built a temple and called it Linyin which means soul’s retreat. With a location between trees-wrapped Feilai Peak and Begao Peak, Lingyin Temple really deserves its name. During the Northern and Southern Dynasty, Lingyin expanded with the bestowing land from Liangwu Emperor. In its heyday, the population of the monks once reached to 3,000. In Song Dynasty, Feilai Peak was praised as one of the five Jiangnan Zen Buddhist Mountains because of the status of Linyin Temple. 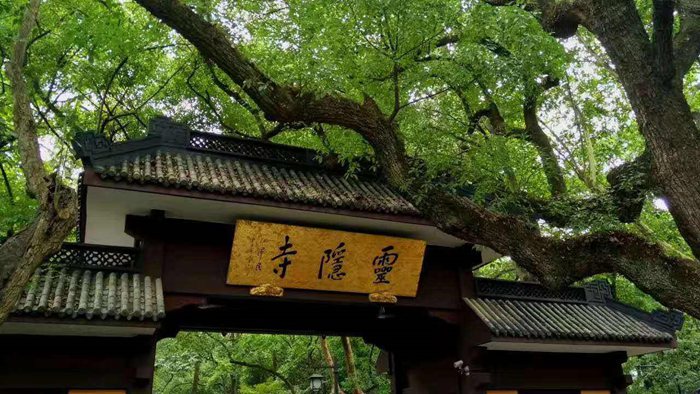 Tarer Monastery’s buildings exhibit both Tibetan and Han Style. The Eight Pagodas of Buddha Sakyamuni is the great building of Taer Monastery to commemorate the eight merits and virtues of Buddha Shakyamuni. Many Buddhist treasures are place in these pagodas. Tourists are also interested in the Three Art Wonders in Kumbum Monastery, including exquisite murals, vivid Butter Scuptures and imaginative Barbolas, which show the master-hand of Tibet Buddhists. 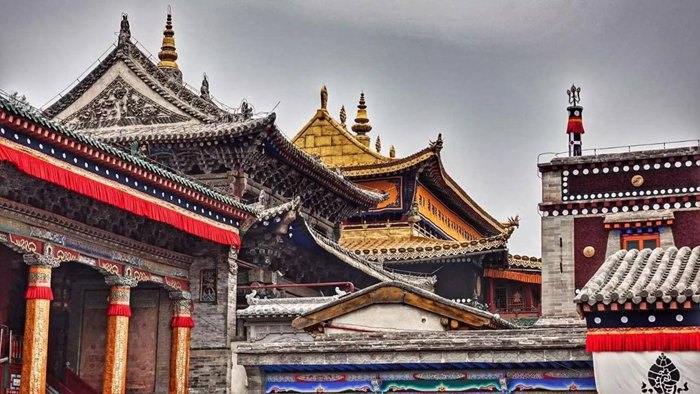 Nanshan Temple is the largest Buddhist holy site built in China since the founding of the People’s Republic of China. It features a towering 100-meter (350-foot) glimmering white statue built onto a rocky outcropping in the South Sea of Sanya. The entire temple grounds is built with this statue as the focal point. Its main entrance plaza, surrounded by ornate white spires, reaches out to the statue in the sea with a wide walkway. A beautiful pond sits on one side of the walkway and a cluster of woods to the other to funnel your attention to the impressive, three-sided statue. This South China temple is named after a popular Buddhist saying — “Good fortune is much as the East Sea; longevity is high as Nanshan”. 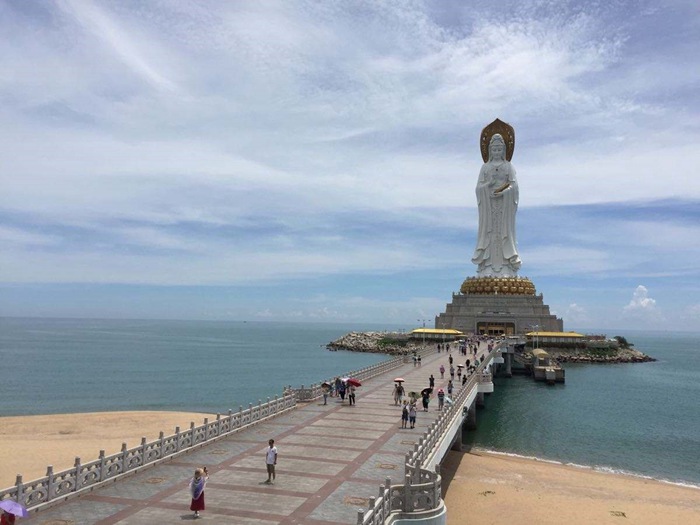 Thanks for your post on the travel industry. I would also like contribute that if you are one senior considering traveling, it’s absolutely imperative that you buy travel cover for older persons. When traveling, retirees are at biggest risk of getting a healthcare emergency. Obtaining the right insurance coverage package for the age group can look after your health and give you peace of mind.