The Summer Palace, Royal Gardens of the Qing Dynasty in China

The Summer Palace, Yiheyuan in Chinese, is the most celebrated imperial garden in China. The garden came into existence early in the 1750s and had once been a summer resort for the emperors. It is acclaimed as a museum of gardens in China, for a visit to this garden bestow on sightseers a glimpse of representative scenes all over China.

The Summer Palace, located in the northwestern outskirts of Beijing, is the largest and most famous imperial garden in China. The garden was originally named the Garden of Clear Ripples. It was a summer resort for the emperors in the Qing Dynasty . This ancient royal garden is beautifully composed of palaces, temples, gardens, pavilions, lakes and corridors fully radiating the natural beauty and the grandeur of imperial gardens. As the largest garden in China, the Summer Palace is today the center of interests of all tourists coming to visit Beijing and its many cultural and historical relics. Looking like a part of Heaven after visiting the turmoil of Beijing city center, the Summer Palace is the place where to have a rest to discover the amazing architecture of the park invented hundred of years ago during the Qing Dynasty .It has an area of 290 hectares , three quarters of which is water. The palace has three unique areas: Court Area, Longevity Hill Area and Kunming Lake Area.

History of The Summer Palace

The Summer Palace started to be constructed in 1750 under the orders of Emperor Qianlong . The garden was originally named the Garden of Clear Ripples . It was a summer resort for the emperors in the Qing Dynasty (1644-1911). In 1860, the garden was burnt down by the Anglo-French Allied Forces during the Second Opium War .In 1860, the end of the Second Opium War, allied army of British and French destructed large parts of Qingyiyuan Palace.  In 1900, the army of the Eight-Nation Alliance invaded Beijing again, and destroyed the Summer Palace. Many artifacts stored in the palace were looted. Two years later, the palace was restored again under the order of empress Cixi. Since then, the Summer Palace has been preserved well, and served as a public park till today.This was only in 1998 that the great beauty of the garden was revealed after the recognition of the site as a UNESCO World Cultural Heritage as well as a National 5A Tourist Spot of China.

The Hall of Benevolence and Longevity is the first architectural complex to be seen by visitors when entering the site. Built in 1750 but burned down in 1860 by the Anglo-French forces, it was reconstructed in 1888 under the rule of Empress Dowager Cixi and Emperor Guangxu. This hall was originally called “Qinzheng Hall” to inspire rulers to manage state affairs diligently. However, during Emperor Guangxu’s time, the hall’s name was changed to the Hall of Benevolence and Longevity due to the famous Confucian saying: “The ruler who reigns benevolently will have a long life”..Situated at the left side of the entrance of eastern gate.

Yulan Palace – Hall of Jade Billows : Located west of Renshou Palace, Yulan Palace served as the living quarters of the Qing emperors. The empress Cixi once confined the emperor Guangxu here for 10 years. 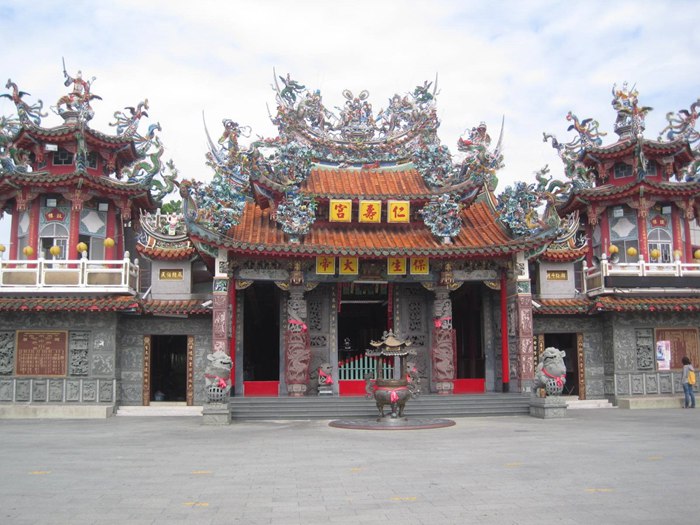 The Longevity Hill Area faces the Kunming Lake in the south and is backed by the Rear Lake in the north. In the front hill, grand halls are built along a north-south axis.The halls are the Hall of Dispelling Clouds, Tower of Buddhist Incense and the Hall of the Sea of Wisdom .  The Hall of Dispelling Clouds, with red pillars and yellow tiles, is the most splendid building of the whole palace. The grand Tower of Buddhist Incense, towering 41 meters (134.5 feet), is the symbol of the Summer Palace. The Hall of the Sea of Wisdom on the top of the Longevity Hill is a Buddhist hall. The outside of the hall is decorated with glazed tiles. There is a Suzhou Market Street at the Rear Lake. With waterway passing through and shops perching on banks, the street looks like the very scene of ‘Water Country’ in the south region of the Yangtze River. 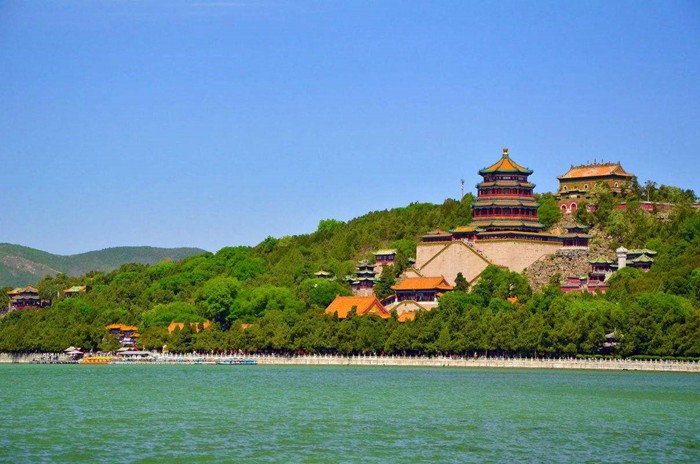 Three small islands sit in the lake standing for three holy mountains in ancient mythology legend. Many buildings, such as bridge, dikes, imitated the features of those of West Lake in Hangzhou.Along the south bank of the attractive lake, a 728-meter-long corridor is the longest and most famous corridor in China. It serves as a link between the Longevity Hill and the Kunming Lake. Around 14,000 impressive paintings of historical figures, landscapes, birds and flowers adorn this corridor, making it into a fantastic gallery. There is a Marble Boat at the west bank. This boat was built in 1755, in the hope that the governance of the Qing Dynasty would be impregnable under any circumstance. The south part of this natural lake is modeled after the West Lake in Hangzhou. A western bank divides the lake into two parts. Six graceful bridges act as connecters of the entire western bank, among which the Jade Belt Bridge is a favorite of the Emperor Qianlong and Empress Dowager Cixi. The spectacular Seventeen-Arch Bridge  connects the eastern bank and Nanhu Island. The bridge is 150 meters  long and eight meters wide. 564 stone lions with different expressions and gestures on the balusters are strikingly life-like. 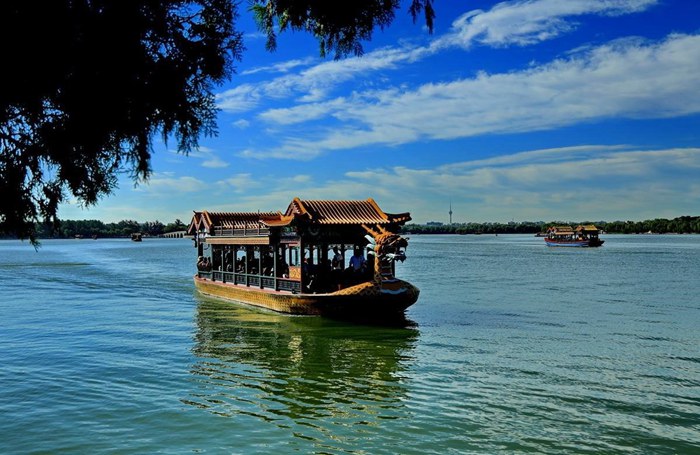 Connecting the eastern shore of the Kunming Lake to the Nanhu Island in the west, the Seventeen-Arch Bridge is a major attraction of the Kunming Lake.. It incorporates features of the Precious Belt Bridge in Suzhou and the Lugou Bridge in Beijing. With a length of 150 meters (164 yards) and a width of 8 meters (8.75 yards), it is the longest bridge in the Summer Palace, built during the reign of Emperor Qianlong (1711-1799). Highly inspired from other famous Chinese bridges such as the Lugou Bridge in Beijing and Baodai Bridge in Suzhou (Zhejiang Province), the Seventeen-Arch Bridge looks like a rainbow arching over the water. 544 distinctive white marble lions are carved on the column of the parapets with a bizarre beast on each end of the bridge. 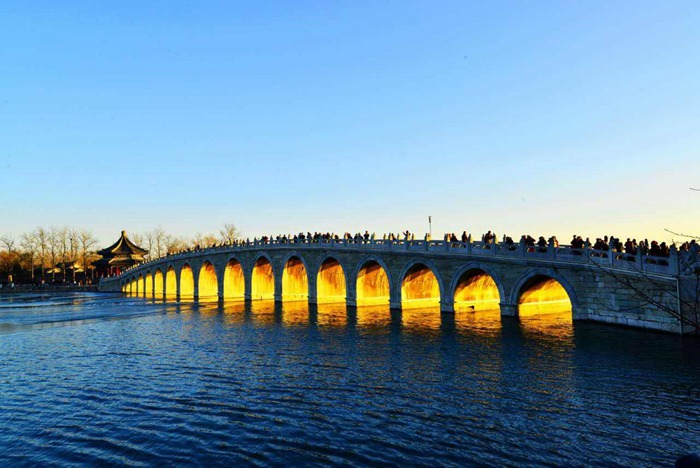