Tsingtao Beer, the Most Famous Beer Brand in China

Originally founded in 1903 in Qingdao, Tsingtao Beer is a time-honored beer manufacturer and the most famous beer brand in China, having won many gold awards in China and overseas.

Founded in August 1903 by German and British merchants, tsingtao beer mainly produces white beer and strong beer. In 1916, it was captured by the Japanese. During this period, both technology and production have improved. Ⅱ after world war ii, the local government to take over the tsingtao beer factory. The beer was first exported to Singapore in 1948. After the founding of new China, tsingtao beer entered a new era of rapid development. It was sold in Hong Kong in 1954 and in the United States in 1972.

Tsingtao opened a European office in Italy in 1992 and was formally listed on the Hong Kong and Shanghai stock exchanges in 1993. Three years later, in 1996, it was listed on the American stock exchange. At present, tsingtao beer is China’s largest beer brand, exported to the United States, Canada, Britain, France, Germany, Italy, Australia, Korea, Japan, Denmark, Russia and more than 100 countries and regions. With a goal of “going from Chinatown to downtown,” it has become the world’s fifth-largest brewer.

Tsingtao is more expensive abroad because its overseas strategy focuses on high-priced, high-end products. A bottle of Tsingtao costs almost twice as much as a native American, three times as much in Germany and four times as much in kazakhstan. In Germany, for example, a bottle of local beer typically costs between 0.8 and 1 euros, while a Tsingtao beer for the same amount costs around 3 euros. Tsingtao, however, remains popular. In many countries, tsingtao beer ranks first among imported beer brands in Asia. 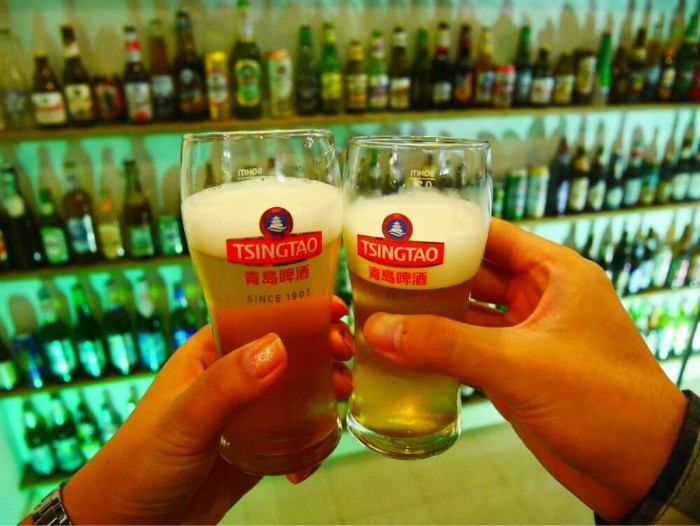