Chinese opera originated from primitive songs and dances and is a comprehensive stage art style with a long history. It consists of literature, music, dance, fine arts, martial arts, acrobatics and performing arts. It is characterized by the aggregation of many art forms in a standard, and the embodiment of their respective personalities in the common nature. Chinese opera, Greek tragedy and comedy, Indian brahman opera and known as the world’s three ancient drama culture, after a long period of development and evolution, gradually formed with “Beijing Opera, Yue opera, Huangmei opera, Pingju opera, Yu opera” five opera opera as the core of the Chinese opera garden. 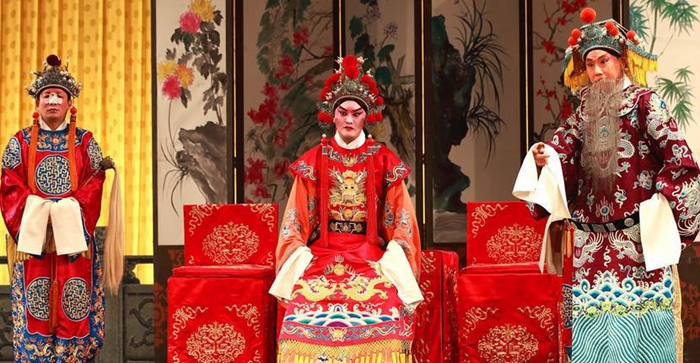 Beijing Opera is the essence of China. China’s largest form of opera, known as the “Oriental opera.” With a history of 160 years, Peking Opera developed from absorbing many other theatrical forms. It is a landscape art combining music, performance, literature, aria and facial painting. In the long-term stage practice of many artists, certain rules have been made and regulated. Unlike the regional drama, it is more rigorous in its workmanship. The combination of virtual and real – a special expressive technique that is largely free from the constraints of time and space on the stage.

Yue opera, known as the second national opera, is also known as “the most widely spread local opera”. Some people believe that it is “the largest local opera opera”, which is called “Chinese opera” in foreign countries. Originated in shengzhou, zhejiang province, originated in Shanghai, prosperous in the country, spread to the world, in the development of kunqu opera, drama, shaoxing opera and other characteristics of the opera, experienced a historic evolution from men to women shaoxing opera. Yue opera is good at lyricism, mainly singing, beautiful sound, vivid performance, beautiful and elegant, with the spirit of jiangnan; Most of them are based on the theme of “wit and beauty”, with various art schools, among which there are as many as 13 schools.

Huangmei opera, originally named tea picking opera, is one of the traditional Chinese operas of the han nationality. Huangmei opera is composed of folk song, yangko dance, tea song, tea picking lamp, flower drum tune, before the countryside, after the city, gradually formed and developed a drama. It has absorbed the elements of han opera, chu opera, gao qiang opera, tea picking opera, Peking Opera and so on, and gradually formed its own artistic characteristics. Huangmei opera singing simple and smooth, with a lively lyricism, with rich expressive force; The performance is simple and meticulous, known for its real and lively.

Pingju opera, popular in northern China, is one of the han traditional opera, is one of the majority of people are happy to see the opera, one of the five Chinese opera. In hebei luanxian county in the area of the small song “lianhuashou” formed on the basis of the first popular in rural hebei, then into tangshan. The 1920s or so popular in the northeast, there are a number of actresses

Yu opera originated in Kaifeng, Henan, which is one of the five major Chinese opera dramas. The Yu Opera was continuously inherited, reformed and developed on the basis of Henan Xunzi. After the founding of the People’s Republic of China, Henan was referred to as “Yu Opera” because it was abbreviated as “Yu”. Yu opera is famous for its singing vocals, graceful atmosphere, smooth speech, clear spit words, mellow flavors, vivid and lively, flesh and blood, and good at expressing the inner emotions of characters. It is widely welcomed by people from all walks of life due to its high artistry. Because of its musical accompaniment, it was shot with jujube mule, so it was named Henan mule in the early days.