Why the Terracotta Army Was Made

There are three popular theories as to the origin of the terra-cotta warriors.

First, it was to protect Qin Shihuang’s rule and military power. Qin is a believer in feudal superstition. He believed in immortality, that people could enjoy what they had in another world even after they died. He wanted the army to protect and serve him after he died, just as it had served him during his lifetime. So, while he was alive, he spent a great deal of time and military effort searching for the “elixir of life”, and after his death built the massive terracotta army for his empire. At the site where the Terracotta Army was discovered, more than 8,000 soldiers, 130 chariots, and 670 horses have been uncovered. Terracotta musicians, acrobats, and concubines have also been found. 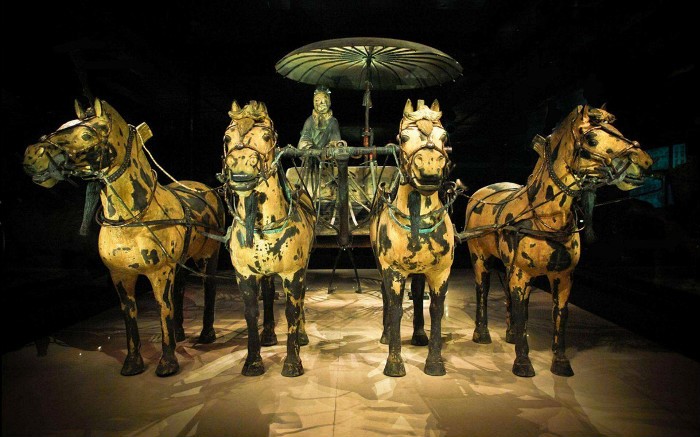 Secondly, it is said that the terra-cotta warriors were built to show the glory of Qin Shihuang. He unified China and established one of the most powerful empires of his time. He was committed to showing China to the world and making sure that his descendants would remember him as a legend. So he built this terracotta army.

Third, the life-size statues are said to have been replaced by human sacrifices. In feudal society, leaders and soldiers were buried with them when they died. Early dynasties, such as the shang and zhou dynasties, had human sacrifices buried with deceased rulers. These offerings included soldiers, officials, slaves, and other attendants of a particular ruler. These items include jewelry, slaves, weapons, silks and satins. As an emperor, qin had grander sacrificial objects.

Chunxi Road - Shopping Paradise in Chengdu
West Lake - The Most Popular Place in Hangzhou, has a total area of 49 square kilometers
The Biggest Attraction of Travel Is "Snacks" in China
Song Ci, Another Type of Poetry in Song Dynasty