The avenue of stars is a scenic waterfront promenade in the east of Tsim Sha Tsui. The avenue of stars stretches 440 meters (1,440 feet) from the Hong Kong museum of art to the new world center. It mimics the Hollywood walk of fame in Los Angeles. To commemorate the history of Hong Kong’s film industry, the names and handprints of famous Hong Kong movie stars such as Jackie chan and Andy lau are embedded on special plaques and arranged in chronological order along the avenue. In addition to handprints, visitors can enjoy thousands of movie-related exhibitions, large-scale theatrical performances in cooperation with overseas institutions, and a variety of local music, dance and theater performances.

Enter the entrance to the avenue of stars and you can see the 6-meter (19-foot) bronze statue of the Hong Kong film awards. In the center of the mall stands a series of sculptures dedicated to filming, including a director, photographer and lighting engineer. Here are some statues of Hong Kong superstars. The most famous statue of Bruce lee, for example, is in the shape of the movie dragon, and is 2 meters (6.5 feet) high. The statue was built in 2005 to mark his 65th birthday. You can imitate Bruce lee’s movements and pose for photos with him. Statues of Hong Kong cartoon character McDull and Hong Kong actress and singer Anita mui were also erected on the avenue of stars.

Stroll along the avenue of stars, feel the sea breeze, the bright night scenery on the other side of Victoria harbor, and the bustling star ferry on the sea. Because of its relatively advantageous geographical location, it is also a good place to watch a symphony of lights and music. The outdoor show starts at 20am every day and lights up the night sky in Hong Kong.

When it comes to “chunyun”, the impression is that young people who work outside the home, after a year of hard work, will finally pour into the chunyun army to return home. 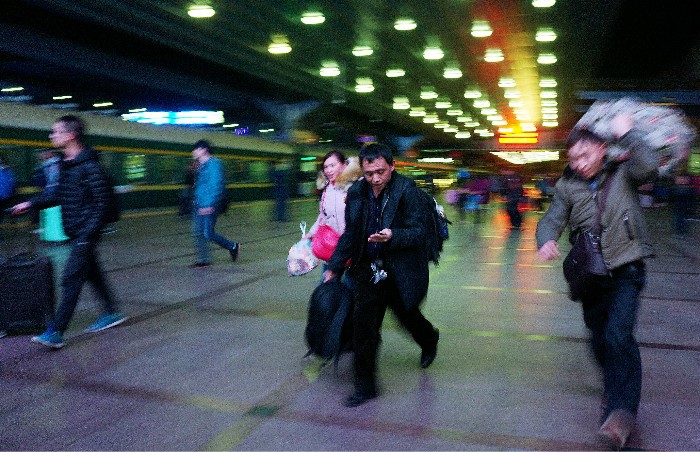 The Spring Festival travel rush of 2020 has taken a new turn — the post-80s generation has settled down in the city where they work, and for them, bringing their parents to their side during the holiday is a convenient and affordable option.

A lot of the post-1995 generation, the mindset has changed. They don’t care if they must go home for the Spring Festival, as long as their families are together, wherever they go is reunion.

Another new change in the Spring Festival travel rush in 2020 is the significant increase in the number of trips made by the elderly and children.

During the Spring Festival travel rush in 2020, the number of domestic tickets containing travel orders for people aged 60 and above increased by 19% compared with the same period in 2019, and the number of elderly traveling alone increased by nearly 10%. Orders for children aged 12 and under rose by 27 per cent.

Elderly people and children join the Spring Festival travel rush, which means they will reunite with their children and parents or travel together, thus confirming the New Year trend in different places.

Not surprisingly, haikou and sanya have become popular destinations in China during the Spring Festival travel rush in 2020, with tourists mainly coming from guangdong, Shanghai, Beijing, heilongjiang and sichuan. Compared with the same period of the 2019 Spring Festival travel rush, the number of tourists to haikou and sanya increased by 20 percent and 40 percent respectively.

There are three popular theories as to the origin of the terra-cotta warriors. END_OF_DOCUMENT_TOKEN_TO_BE_REPLACED

The Chinese are probably the world’s biggest crab-eaters, END_OF_DOCUMENT_TOKEN_TO_BE_REPLACED

One of the most famous emperors in ancient China was Qin Shihuang. END_OF_DOCUMENT_TOKEN_TO_BE_REPLACED

Almost all of the terra-cotta officers wore a flat bun and a distinctive hat. END_OF_DOCUMENT_TOKEN_TO_BE_REPLACED

Huangshan has been called “sea of clouds” since ancient times. END_OF_DOCUMENT_TOKEN_TO_BE_REPLACED

No matter how many times you see the Great Wall in photos or videos, END_OF_DOCUMENT_TOKEN_TO_BE_REPLACED