Known as the “Oriental Moscow”, Harbin has been regarded as a unique foreign city. The most exotic place in Harbin is zhongyang dajie, or zhongyang dajie in Chinese. As a newcomer to the city and not sure where to go, be sure to start your journey on center street. This promenade of European architecture is the pride of every local in the city. It offers a fascinating destination, rich in history, and attracts both domestic and international tourists. 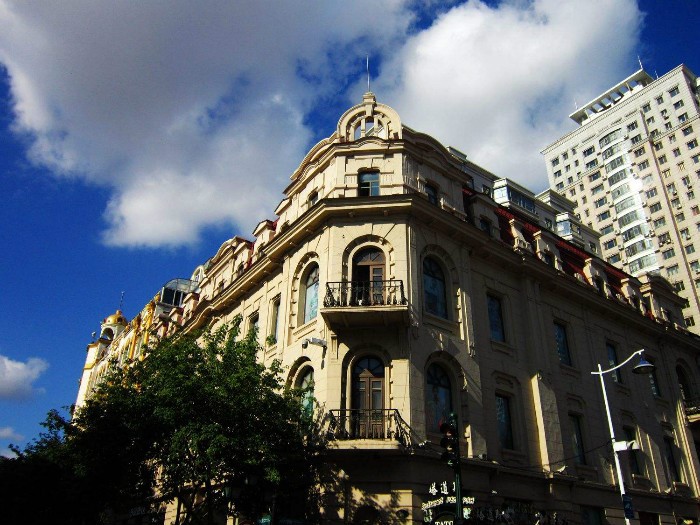 Construction of the street began in 1898. It was called China street in its early days and acquired its current name in the late 1920s. Originally, the street was paved with trolleys carrying railroad supplies. In May 1924, center street was paved with square stones, designed by a Russian engineer. Since then, it has been home to many foreign shops, hotels and bars. In this fashionable street, you can find Russian leather, English wool, French perfume, German medicine and so on. In 1997, the Harbin city government designated the street as a pedestrian street, adding more charm to the charming location.

Today, central street is 1,450 meters (1,586 yards) long, reflecting a variety of European architecture. There are 71 works in all, some of which are replicas of European architectural styles. The flood monument is also a sign of center street. Mod-er Hotel(formerly Modern Hotel) and Daoliqiulin Shop were built in 1906 and 1919, respectively, as examples of art nouveau architecture. Fuer store (women’s and children’s store) was formerly Concorde bank in 1917. The building reflects the classical architecture of the Renaissance. There are many other strange and attractive buildings. They are well preserved and play an important role in People’s Daily life.

This central street is the intersection of modern and historical civilizations in Harbin. It is a perfect example of the city and has witnessed the most brilliant cultural development in Europe for 300 years.

As one of the longest pedestrian streets in Asia, it presents a fascinating landscape to tourists with its profound cultural heritage whenever they come here. It is a comprehensive leisure place combining tourist pleasure and shopping excitement, attracting thousands of tourists every year.