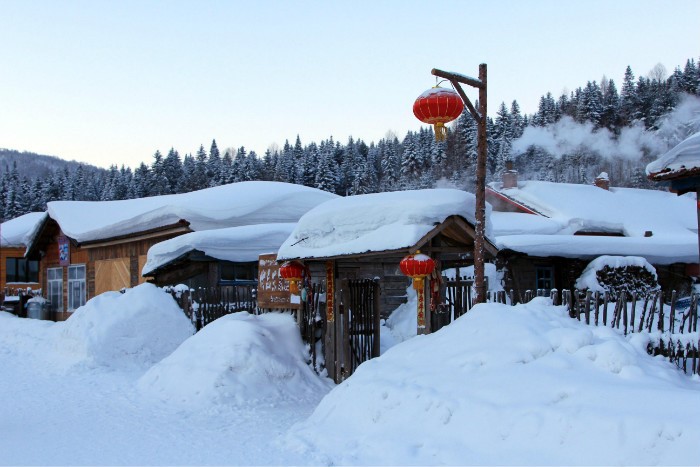 As a new type of leisure consumption, ice and snow tourism has become a new engine of tourism consumption. Hangzhou people not only go to the northeast to play with snow, but also like to find ice to play with snow. Some insiders also said that, compared with the rapidly growing consumer demand, the number of well-known IP and tourist destinations of ice and snow tourism is not enough, and the form tends to be homogeneous. Moreover, for such high-risk tourism projects, the supporting product system is not yet perfect. These core questions are worth pondering in the current heat of ice and snow tourism.

Through hulunbuir steppe, close contact with reindeer in the alshan deer village, and then all the way north to the North Pole village… During the recent New Year’s day holiday, he jin, a young man from hangzhou, took a special annual leave and went to Harbin with his friends for a “year of ice and snow”. “Maybe it’s because I’ve lived in the south since I was young. I’m always excited when it comes to snow in winter.

In fact, there are many hangzhou consumers like he jin. Several otas have told reporters that although themed tourism products such as snow and ice tourism are still new things at present, the rapidly expanding consumer demand has also made the supply side constantly take on new characteristics.

According to ctrip join the swim team and freedom tour booking data, in November 2019 to January 2020, Harbin, hering snow still is a traditional high popularity of ice and snow tourist destination, the local ice and snow tourist routes and tourism products after years of building, has formed a relatively mature system, which has become a popular choice of similar products, but at the same time, the Lhasa in Tibet, nyingchi winter snow has become a new choice for tourists. “Different from previous years, tourists will pay more attention to the ice and snow routes in xinjiang, Tibet and hubei in 2020.” “Said peng liang, chief researcher of ctrip’s big data lab.

Data from lvmama also showed that the number of bookings for ice and snow tourism products in December 2019 increased by 47.9 percent compared with the same period of the previous year. Among the surrounding tour products, the ice and snow parks in wuxi, yangzhou, shaoxing and other places allow hangzhou tourists to experience the fun of ice and snow in close proximity. In terms of outbound tourism, the Alps in Europe, Hokkaido in Japan, Quebec in Canada, Oregon and Montana in the United States are all favored by hangzhou tourists.” Donkey mother related officials said.

He jin’s first impression is that there are more professional ski resorts and skating rinks in hangzhou. “Snow and ice activities are heating up in hangzhou, and I feel that playing with snow is not only for northerners.”

“Driven by the Olympic snow and ice fever, the northern tourism destinations have obvious advantages in snow and ice sightseeing and professional skiing leisure. Meanwhile, the southern cities have gradually established their advantages in snow entertainment and leisure, and the market pattern is increasingly clear.” Peng liang told reporters. At the same time, the report also pointed out that the south pays more attention to the strong consumption capacity of the local market and the consumption rule of tourist areas, and has attracted many tourists to experience ice and snow in short distance by building large ice and snow commercial complexes and mountain skiing facilities.