Lijiang Old Town is located on Yungui Plateau, at an altitude of 2400 meters. This ancient town is adjacent to Jade Dragon Snow Mountain. It faces Elephant Hill and Jinghong Hill in the north, Lion Hill in the west and farmer land in the southeast.

The old street is the network of the old city, the flowing water is the blood, the bar and the shop are the temperament, the Naxi folk custom is the culture, is the soul of the old town of Lijiang. Not only can you explore the century-old town, but you can also experience the spirit and romantic, relaxing charm of a town without walls. 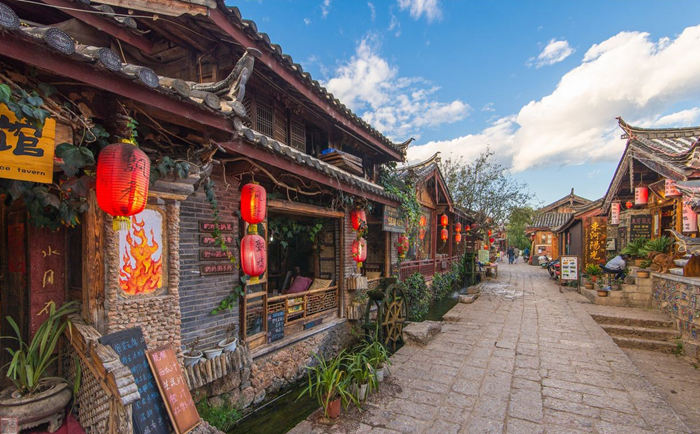 Five Great Avenues, Wudadao in Tianjin
West Street, With a History of More Than 1,400 Years
Xitang Water Town in Jiangnan
Sericulture and Silk Craftsmanship of China, Originated in China