Legend has it that once a sacred horse left its footprint in a rock here, so Matisi Temple (also called horse Hoof Temple, Mati in Chinese means Horse Hoof) got its name. There is no official record proving the exact time when Matisi Temple was built. The clear, Large Numbers of poets have been involved in Matisi Temple in their great works, and the law one could date back to Eastern Jin Dynasty (A.D. 317-402). Together with the Mogao Grottoes in Dunhuang and Yulin Grottoes in Anxi, is regarded as the Three Artistic Treasured Grottoes of Hexi Buddha Holy Land.

The temple was renamed Puguang temple during the reign of emperor yongle of the Ming dynasty. The original golden saddle and dragon robe in the temple were imperial gifts from Qianlong of the Qing dynasty. With a long history, Matisi Temple, together with the Mogao grottoes in Dunhuang and the Yulin grottoes in Anxi, are known as the three art grottoes in Hexi buddhist resort. 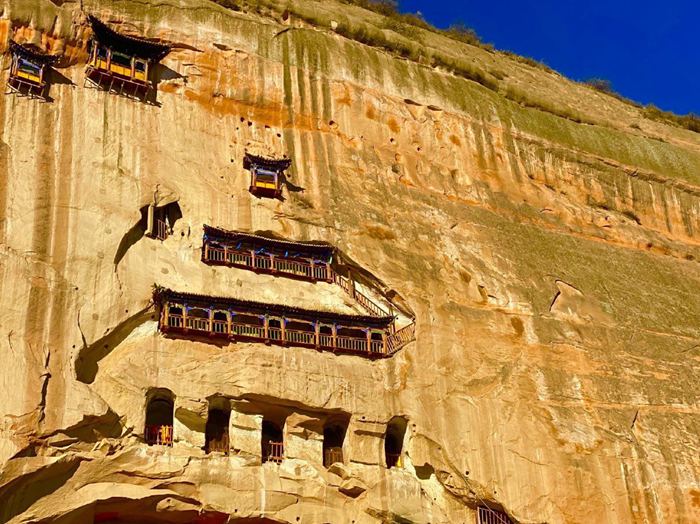 Qiyun Mountain - One of the Four Famous Taoist Mountains in China
Lijiang, A Well-preserved Old City of Ethnic Minorities
Chinese Technologies Introduced into the West via Silk Road
Chinese Furniture, the Development History of Chinese Furniture