Temple of Heaven in China

The Temple of Heaven is the most important of Beijing’s imperial temples and one of the most brilliant ancient architectures in China. It is also an outstanding masterpiece of classic imperial buildings throughout Chinese history. The Temple of Heaven is the best place in Beijing to explore the traditional royal sacrificial culture of ancient China. At the same time, it is a pleasant place for leisure stay of walking or sightseeing, also for exploration of local culture.The site was firstly built in 1420 by Yongle Emperor, then expanded by the subsequent emperors of both Ming and Qing Dynasty, and had served as the holy place for emperors to pay homage to Heaven and to pray for a year of rich harvest.

Compared with all other sacrificial sites in the world, tthe temple of heaven is not only the largest in scale and scale, but also the largest in form and tradition. In 1998, the UNESCO listed the Temple of Heaven in the World Heritage Sites List with description as “a masterpiece of architecture and landscape design which simply and graphically illustrates a cosmogony of great importance for the evolution of one of the world’s great civilizations.” 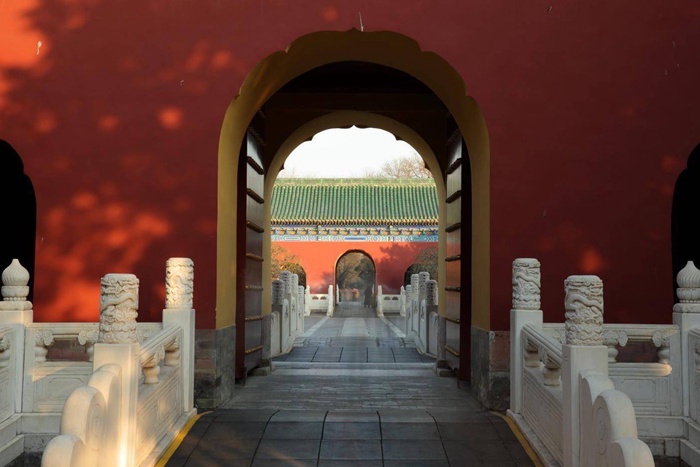 History of Temple of Heaven

From 1406 to 1420, the temple complex was built, as was the Forbidden City, during Emperor Yongle’s re-establishment of Beijing as China’s capital. Yongle followed the tradition of sacrificing to the heaven and earth together in a same site – Dasi Pavilion which was the main building of Temple of Heaven and Earth.

In 1530, the Imperial Vault and Mound Altar were added by Emperor Jiajing.He also built four sites separately as Temple of Heaven, Temple of Earth, Temple of Sun, and Temple of Moon in the 16th century.

In 1889, the main hall was destroyed by a lightning strike, but it was rebuilt in the next decade.

In 1918, the temple area was turned into a park and opened to the public.

In 1998, the Temple of Heaven was listed as UNESCO World Heritage. 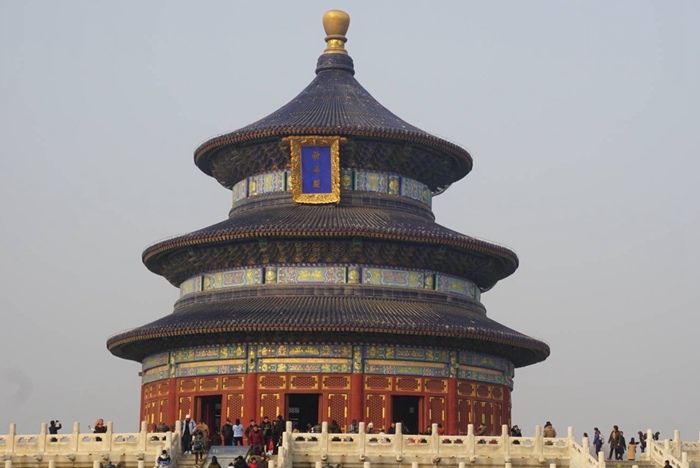 Qinian Hall (Hall of Prayer for Good Harvests) is the main building of the temple complex. It is where emperors of the Ming and Qing dynasties prayed yearly for good harvests. It is a grand, circular, wooden hall with a three-tiered roof, supported by 28 large pillars. The inner 4 pillars are large, and stand for four seasons.

Huangqiongyu Hall (The Imperial Vault of Heaven) is a place dedicated to housing ‘God’s tablets’, stone tablets used in the harvest prayer ceremony. Around the vault are the famous Echo Wall, Three Echo Stone, and Dialogue Stone.Inside the hall are pillars and vault decorated by beautiful paintings and carvings. Outside is a circular wall – Echo Wall which can transmit sounds over long distances.

Huanqiu Altar (The Circular Mound Altar) is a three-layered altar made of marble. It is where the winter solstice ceremonies were held. The center of the altar is a round slate called the Heart of Heaven where the Emperor prayed for good weather.The number nine stands for power as well as the emperors in ancient China. You will surprisedly find the balusters and steps are either the sacred number nine or its multiples.

March to May and September to November is the best time to visit the Temple of Heaven. But actually the Temple of Heaven is suitable for travel all year around. You can see the blooming lilac during the middle April. In summer days, the whole park is decorated by flourishing green trees. The cool autumn is the best season when the sky is clear and blue. Winter is cold, but you can get rid of the crowds, and focus on exploring the fabulous architectures.

You can rent the self-service audio guide device at the four gates of Temple of Heaven (Chinese, Cantonese, English, French, German, Spanish, Japanese, and Korean). You can also hire a personal tour guide in the park to get more detailed explanation.