Henan is the root of the world’s Chinese ancestors, the source of Chinese history and civilization, and the birthplace of Chinese surnames. More than 20 orthodox dynasties successively established or moved their capitals to Henan, leaving precious historical wealth for Henan and laying the foundation for Henan tourism. What are the interesting scenic spots in Henan? Next, I’d like to introduce the top ten five A-level tourist attractions in Henan Province.

Longmen grottoes, one of the treasure troves of Chinese stone art, was excavated during the reign of emperor xiaowen of the northern wei dynasty, and has been continuously constructed on a large scale for more than 400 years in the eastern wei, western wei, northern qi, sui, tang, five dynasties and song dynasties.

Baiyun mountain melts mountain, stone, water, cave, forest, grass, flowers, birds, animals as one, known as the “natural museum” by experts and scholars. It is also a compound tourist area integrating sightseeing, vacation and summer vacation, scientific research practice, and exploration of ancient times, known as “fairyland of the world” and “famous mountain of central plains”.

The Jiguangong Tourist Area is a large limestone cave with karst landform. It is 5600 meters long, more than 1800 meters in length, and 23,000 square meters in viewing area. The cave not only has high ornamental value, but also involves physics, chemistry, geography, meteorology and nature.

Yuntai mountain scenic area because of the precipitous mountain, between the peaks and ravines the perennial cloud lock fog around the name. Located in xiuwu county, jiaozuo city, henan province, it is a good place to enjoy summer heat and cool off, especially suitable for weekend road trip.

Qingtian river scenic spot, known as the “northern three gorges”, is a collection of water towns in the south of the Yangtze river and rural scenery in the north, with an area of 106 square kilometers.

Yinxu is the first literature can take an examination of, and for archaeology and oracle confirmed by capital, by Yin ruin tomb sites, temple ruins of the palace, HuanBei mall site, etc. It was rated the first of “100 major archaeological discoveries” in China in the 20th century.

The shaolin temple is a world famous buddhist temple and the ancestral temple of the zen sect of Chinese Buddhism.

It is said that yan emperor shen nong was here to distinguish five grains, taste herbs, t son furnace alchemy, into the path of the immortal.

Based on the realistic painting “Along the River During the Qingming Festival” by painter zhang zeduan, the park is a large-scale amusement park featuring folk customs and customs of the song dynasty, which focuses on recreating the original scenery and scenery. It is a cultural theme park characterized by visitors’ participation and experience. 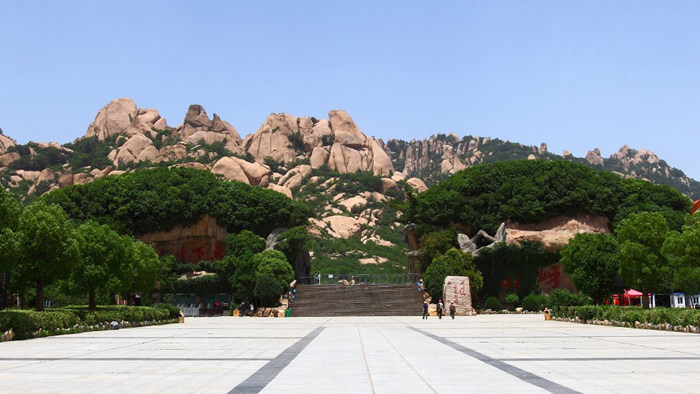 China Snow Town
Mount Heng - South Yue, said to be the place where nine Taoists became immortal
Leshan Giant Buddha in China, Leshan Giant Buddha was first constructed in the year of 713 AD in Tan...
The Master of Nets Garden, the Hall of Ten Thousand Books