Why Do Chinese People Post Couplets on Spring Festival 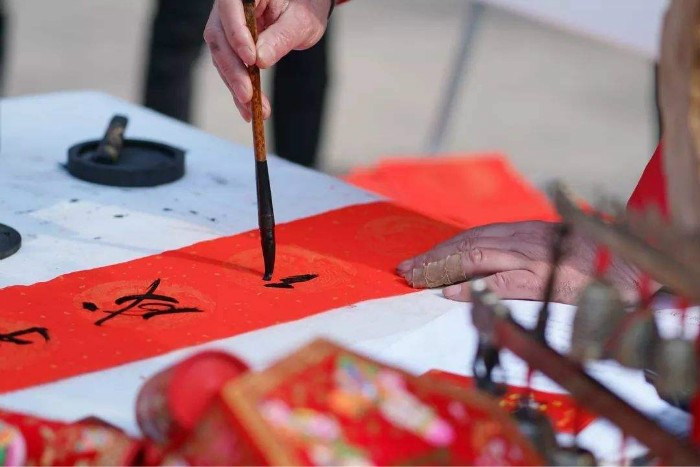 On the day of the Spring Festival, every family should stick red couplets on both sides of the door, which means happiness and good luck. Speaking of the origin of Spring Festival couplets, is the ancient peach fu evolved from. In the ancient book “the book of etiquette in the later han dynasty” records: “the first day of the first lunar month, make peach fu door, name fairy wood, ghost so-called”, which means is also very clear, the so-called peach fu early people used to drive away evil things.

There is another legend about taofu. Legend has it that in ancient times there was a monster so ferocious that no one could subdue it. Later, in the mountains, there are two special treatment of demons and ghosts of the gods, with peach branches to subdue the monster. So in the folk spread such a legend, it is said that as long as the peach branches hanging on the door, engraved on the names of the two gods, no monster can come forward. This peach branch is also known as the peach, or the town ghost charm. So people continue this custom!

Taofu began to evolve into Spring Festival couplets during the five dynasties and ten kingdoms period. According to historical records, meng chang, the Lord of the later shu, once asked zhang xun, a maester, to write an inscription on a peach board. When zhang xun finished writing, the Lord of shu saw something asymmetrical, so he wrote a sentence, and the earliest Spring Festival couplet in China was born. But in the literature of this era, there is no word of spring couplets, people still call this kind of thing taofu. Later in a long period of time, are called as taofu, and quite popular.

With the widespread use of paper, peach boards were replaced by red paper, which was much lighter than peach boards. As time went on, it was not until the Ming dynasty that the word couplets appeared for the first time. According to the records, it is said that emperor taizu zhu yuanzhang once stipulated that every household should stick a pair of spring couplets, zhu yuanzhang also personally review. So, every family is affixed with the Spring Festival couplets. It is said that zhu yuanzhang in a review, found that a butcher did not adhere to the requirements of zhu yuanzhang paste spring couplets, so he wrote a sentence in front of the door. People looked at the couplets very surprised, so paste the Spring Festival couplets this custom has been handed down.